The 2017 Nissan Qashqai Will Be More Affordable Than You Think

The 2017 Nissan Qashqai Will Be More Affordable Than You Think 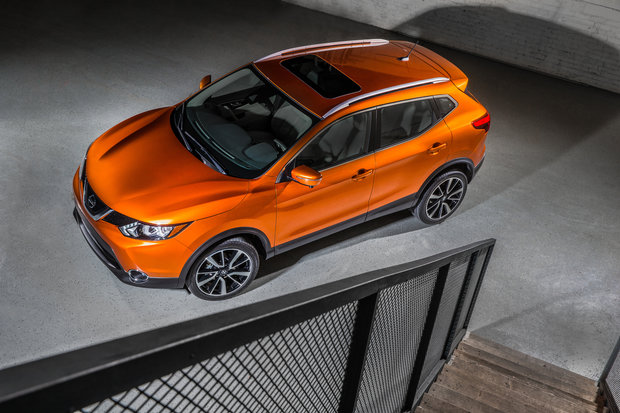 When Nissan unveiled the all-new 2017 Nissan Qashqai at the Detroit Auto Show in January, the Japanese manufacturer promised that it would be affordable. What we did not know, however, is that the 2017 Nissan Qashqai will be the most affordable subcompact SUV in its segment. Indeed, Nissan announced this week that the new Qashqai would be offered starting at $19,998, a few thousand dollars less than its main competitors.

Tremendous value can be found in the 2017 Nissan Qashqai

For less than $20,000, buyers get a 2.0-liter four-cylinder engine with 141 horsepower and 147 lb-ft of torque. In terms of cargo capacity, the Qashqai offers 648 liters of cargo space with all seats in place, and 1,730 liters of cargo space with the rear seats lowered. In addition, most versions of the 2017 Nissan Qashqai are offered with the Nissan Divide-N-Hide system, which adds even more versatility to Nissan's new subcompact SUV.

In terms of equipment, the 2017 Nissan Qashqai offers standard heated seats, a 5.0-inch center screen, a rear-view camera and Bluetooth. You can opt for a manual transmission or a continuously variable automatic transmission. The Qashqai is equipped with front-wheel drive out of the gate, while the all-wheel drive model is available as an option on the S and SV models and standard on the SL models.

The Qashqai SV offered from $24,598 features a heated steering wheel, sunroof, cruise control, 17-inch wheels and much more. It is also available with all-wheel drive starting at $26,798. As for the SL model, it is the best-equipped version in the Qashqai lineup. Features include leather seats, 19-inch wheels and a 7.0-inch center screen with navigation system.

A lot of safety in the 2017 Nissan Qashqai