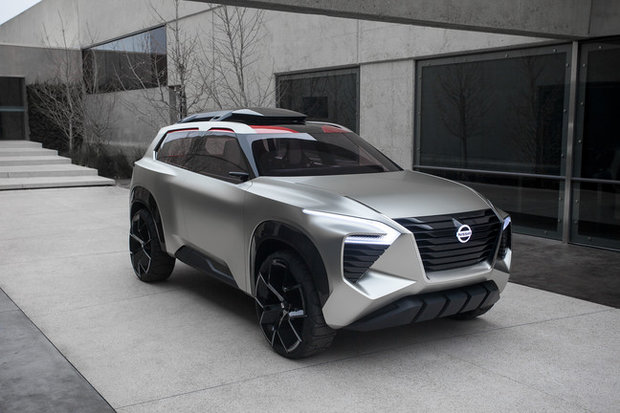 Nissan may not have introduced any new models at this year’s North American International Show held in Detroit, but that did not stop the Japanese automaker from getting a lot of attention from both visitors and industry experts with its XMotion concept that is actually pronounced Cross motion.

A glimpse of what's coming to Nissan with the XMotion concept

Nissan is very clear about its XMotion. This is a seven-passenger SUV concept that shows the stylistic and technological future of the Japanese manufacturer. With the XMotion, we not only see where Nissan SUVs are headed, but where SUVs in general may go in the future. And it’s certainly a bright future.

Indeed, the XMotion is equipped with a highly technological cabin where we find no less than seven screens. These screens can be controlled using voice commands, but also with the use of eye movement.

In addition, a virtual assistant has been designed for the new XMotion. The latter takes the form of a Japanese koi fish and is activated as soon as the door is opened with the help of our fingerprints. This fish can drive the vehicle for us, but it can also give us useful information about the vehicle or the journey.

Visually, the Nissan XMotion is beautiful, and many believe that its style would fit very well on a new generation of Nissan XTerra. We will see.

"In the Xmotion concept, we explored the more rugged and powerful side of Nissan Intelligent Mobility. Bold and powerful forms and proportions are, upon closer inspection, contrasted with aspects of traditional Japanese craftsmanship expressed in a contemporary way," said Alfonso Albaisa, senior vice president of global design at Nissan Motor Co., Ltd. "The exterior's combination of western and eastern concepts continues inside the Xmotion, where advanced connectivity and autonomous technologies mix with modern Japanese digital art and cultural craftsmanship. At a glance, Xmotion may appear to have a minimal design language, but a closer look reveals layers of detail that make this concept exceptional."

To learn more about Nissan’s new SUVs, contact us today at Vickar Nissan!